Tasleem: At the end of Part 1 of this interview, you talked about the importance of the connection in this dance.  Because it IS more about that connection and energy, it’s really hard to describe kizomba to someone else.  Often, I hear it being described in terms of other dances. The description “Afri 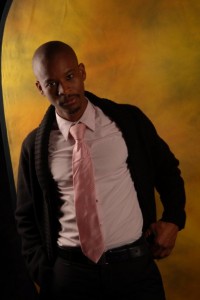 can tango” has come up a few times, and I’m wondering what your thoughts are on that.

Eddy: I think people describe kizomba that way because they need to refer to the dance with something that is more familiar.  If I explained kizomba to you by talking about the other dances it’s connected to or came out of, you probably won’t know what I’m talking about, because you’ve never seen those dances.  So ‘African tango’ makes it easy for people on this side of the world, who have not experienced those African dances, to imagine the dance using something they already know.

It just bothered me when I heard someone refer to kizomba that way, because I thought well, I’m sure that kizomba has its own history and is its own dance, and by calling it something else, I feel like we are denying it that history. And the more we do that, the more I wonder when WILL we ever then make an effort to learn about it as its own dance?  I mean, I know this is taking it a little far, but if tango was not well known to people, but kizomba was, and tango was described as Argentine kizomba, I wonder how tango dancers and the history of tango would suffer, or how it would make the people who came from those roots feel.

You are right. Kizomba is not tango, it is kizomba, and it has its own roots. But maybe

people think it’s easier to understand if it is explained by using things we already know.  But you have a good point, because if you go deep into Africa, it is difficult for you to see tango flavor in the kizomba there.  Because the kind of communication you have here- internet and all that- where everything comes so fast, we don’t have that.  We don’t mix those other dances into kizomba so easily like that. For us, we don’t have schools for dance that way. We dance the way we see people dancing around us. It doesn’t mean that kizomba cannot have some tango flavor put into it. Probably in America, you’re going to see a lot of kizomba teachers with tango moves, things they’ve learned from the internet and from their other dance backgrounds. But they are adding that to the kizomba dance. Kizomba is a subtle dance, not flashy. It is for the two people dancing it. It is not for show. It is a social dance. So many times, people add tango and other elements to it to make it more showy for performances and youtube videos. But that is not the dance itself.  So to say that every time you learn kizomba you will see tango is really going far.

Are there other elements of other dances that get put into kizomba or get mistaken for a part of kizomba?

Okay, from dances like salsa and bachata, people put things in that they have the choice to use, but they shouldn’t call it kizomba. For example, in kizomba, you don’t have the movement of your rib cage or upper body like they do in salsa or bachata.  And we don’t have the tap that you often see in bachata or salsa. The tap actually goes against what is the authentic kizomba body movement.  But many times, I see salsa teachers teaching kizomba and teaching their students to tap in the movements.  They are used to doing this in salsa or bachata but they need to recognize that we are talking about a different dance.  Kizomba is different.  I am not going to teach R&B the same way that I’m going to teach salsa.  That doesn’t make sense.  So why would I teach kizomba the same way I would teach bachata or salsa?  As teachers, we should be finding a proper structure to give to people to learn from.  Or if you decide to put in other movements, then let the students know that it is not traditional kizomba, but it is your own style, or something you are adding into kizomba.

What are the other dance styles that you dance in your group? 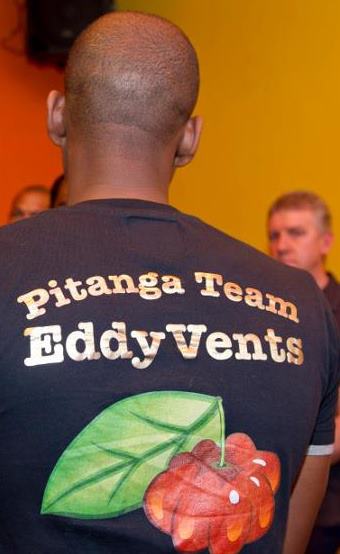 We do funana and we do gumbe, which is traditional from my country.  We do coupe de cale, which is one of the biggest dances in the world (smiles).  Okay, one of the biggest dances in Africa (laughs).  But in fact, it’s something big, huge, bigger than kizomba.  All these dances give you African rhythms.  And what kizomba actually did was take lots of movements from them, and so they are a part of where kizomba comes from.

Speaking of other dances from which kizomba came, semba is a huge part of that too, right?

Yes, kizomba originated from semba (which is where samba came from) and zouk and other African rhythms.  Semba is a type of music inside of the kizomba umbrella which allows us to do performances and more showy things.  As I said before, kizomba is less showy, and more of a social dance, rather than for performances.

Since you dance so many different dances, do you have one that is a favorite? Is it kizomba?

They are all connected for me.

Yeah, I thought you were going to say that (smiles).

Okay, for example, my mom is from Cape Verde.  I’m from Guinea.  I was born in Guinea.  Guinea roots are gumbe, which I love. I grew up with gumbe.   I grew up with funana, which is from my mom’s birth place. I went to Cape Verde and I grew up with kizomba.  I don’t have one favorite dance.  Right now, I can say that yes, kizomba is the best, because it’s the one that pays my bills.  Honestly.

But the same way I see kizomba growing, I would love to see funana do the same

This is actually a good question.  I was thinking the other day, how DID I end up learning kizomba?  I think it’s like how we end up learning to speak. It’s just something that comes naturally.  That’s how kizomba came to me.  I grew up watching my parents dancing all the time.  And of course as a child, sometimes I would make jokes or I would grab my sister and we would try to copy what we saw, and we would just play with the music.  I don’t know. I think I was watching it so many times, and playing and listening to the music all the time.  After some time, I guess it stayed with me. I don’t know how to explain it.

My father is an anthropologist.  So he’s into history, but he’s also crazy for music.  And I grew up having a lot of vinyl records because my father was crazy about having them.  And I always loved kizomba.  I HAD to have the music and listen to it always.  And now I love to share the music and the dance with people around me.

Tasleem: So, we come back to the original question: What IS kizomba?

I realized that there is no one simple, concrete answer to this question because kizomba is organic, fluid, and is made up of many layers.  It is multifaceted and can only truly be known once it is experienced, once it is felt. And each person’s experience is a little different than the next person’s, because the dance involves connecting yourself with the music, the floor, your partner, but also reconnecting to your own self. It is not about steps, but about how you feel in that moment.  Though words don’t seem sufficient to describe the beauty of this dance, here are a few responses from kizomba friends of mine who were asked what kizomba means to them or how it is different from other dances:

“First of all, it’s the music itself.  It is deep, rich and beautiful. I often close my eyes when I dance kizomba. I don’t anticipate the steps. I just follow the lead.  It just feels right.”- Sunipa Rassameeuth

“I just love it and want more of it.”- Jacquie Cisneros-Greenwood

“Kizomba= Zen, and I want more of it too.”- Jason Knight

“The connection between two people is like a conversation between you and your partner, and nobody else, just you two.”- Ana Anatunes (Seattle, WA) echoes the words of Oscar B.A.

“I think of love, earth and unity when I dance kizomba. It’s about reconnecting with yourself, and connecting with your partner, with the full intention of trusting, and letting go of fear. Without doing so, it’s impossible for the two to move as one.”- Iram Lin

“This is a dance that feels as comfortable and natural as the pulse of a heartbeat: such a simple thing that does so much.  A song can be danced differently each time because everyone is different, because the music brings out different emotions, because we all see and hear different things in it.  The dance is so relaxed and so fluid, and there is such an intimate and comforting connection between my partner and the music.  It feels like the music flows through us and we move as one.  It’s so basic- like a pulse- and has so much depth, the measure of which is as long as the capillary system that the heart works through.  Also, it’s a hug, all-song long.”- Frances Tee (Seattle, WA)

“Kizomba is MY MEDICINE.” – Kaniss Livramento

“I am in love… His name is Kizomba, and he has swept me off, and sometimes on, my feet.  I wish I could wake up to him every morning and sleep to him every night.  His embrace is like nothing I have felt before, his beat in unison with mine. We are two people moving as one, and it is easy to lose myself in his arms.  Eyes closed, I surrender.  Kizomba.”- Tasleem Rajwani